An outstanding PRS scheme consisting of 351 residential apartments arranged over six floors and seven blocks. The scheme looks to retain a locally listed asset within the City of Leicester and develop vacant parts of the site with new build residential blocks containing ancillary accommodations such as refuses stores, cycles stores, gyms, lounges, outdoor courtyard spaces and laundry rooms. The concept is another contextual example of MAS expertise and skill in contextual design. The scheme developed positively with Leicester City over a long period of design workshops and the results are fascinating to say the least. The form developed based on the existing context street pattern and the architectural language or character developed based on the historical character and represented in a modern interpretation. Varying palates of modern materials utilised to complement the new build and separate from the existing retained building, Fleet House. 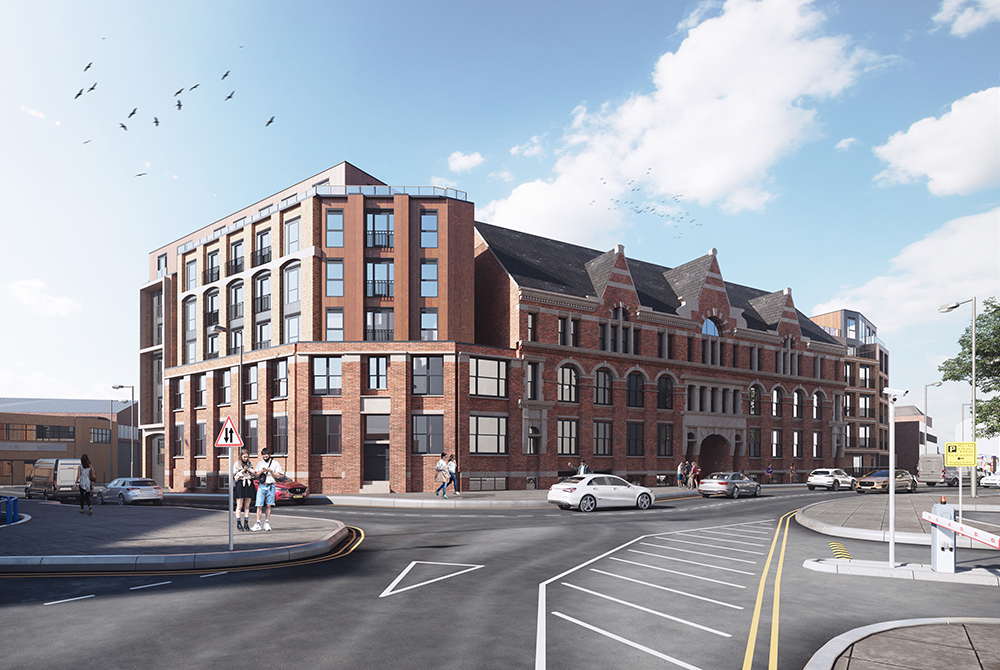 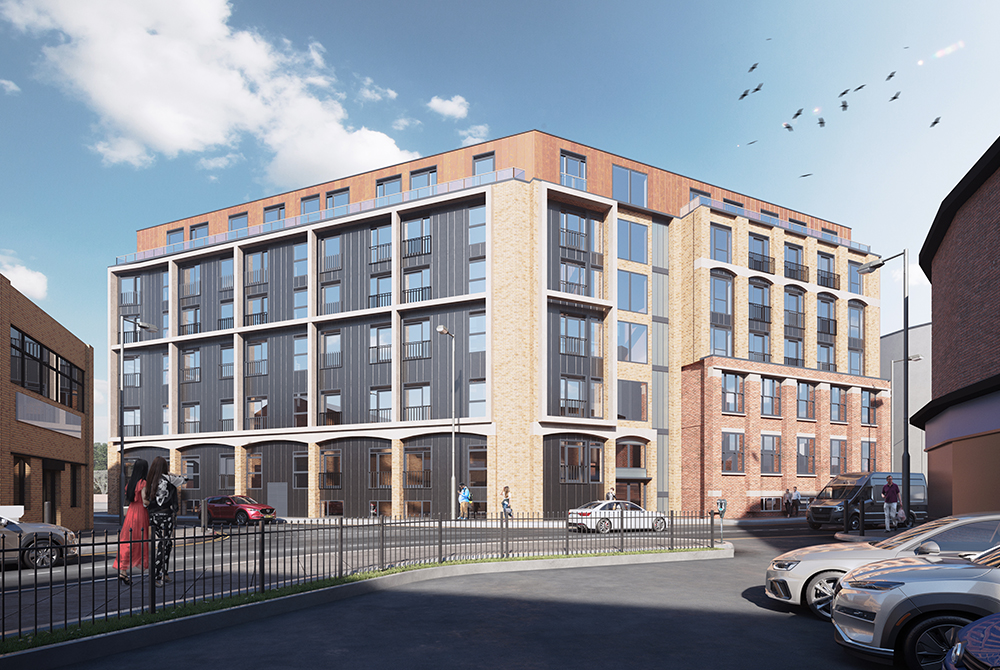 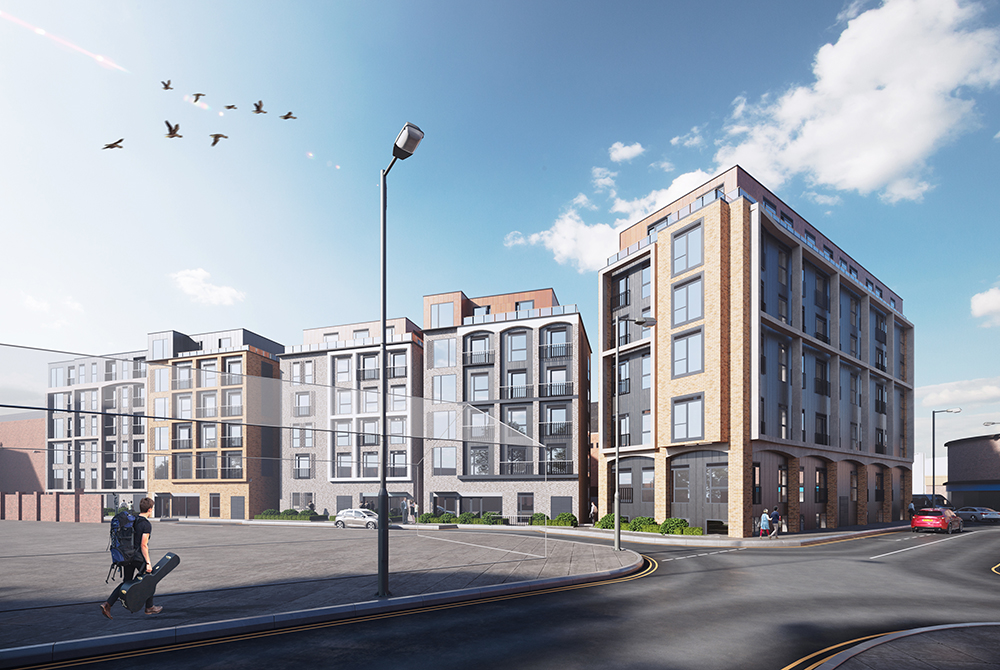 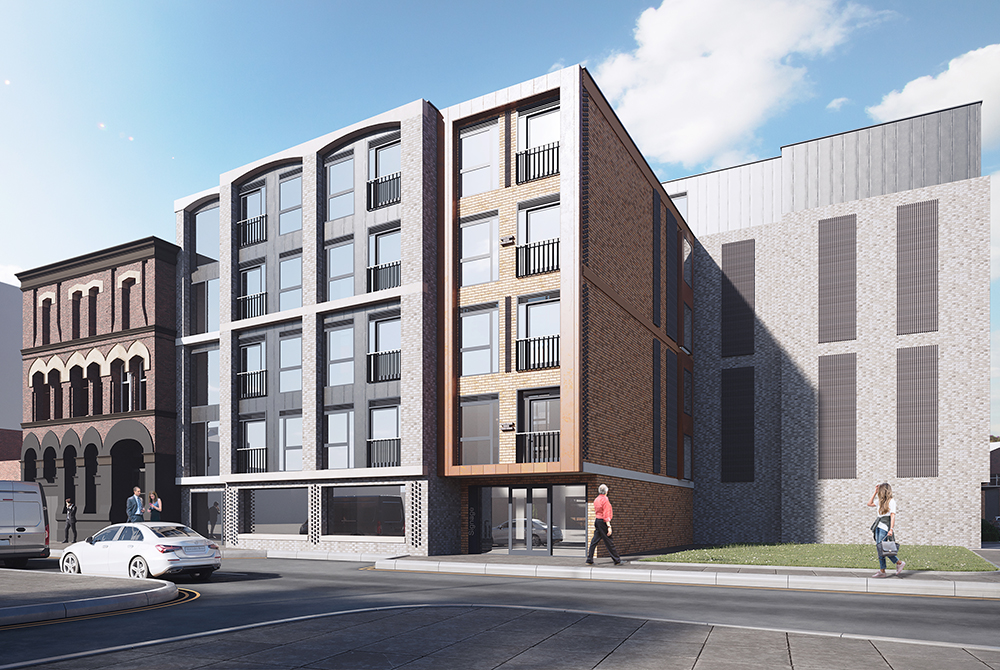 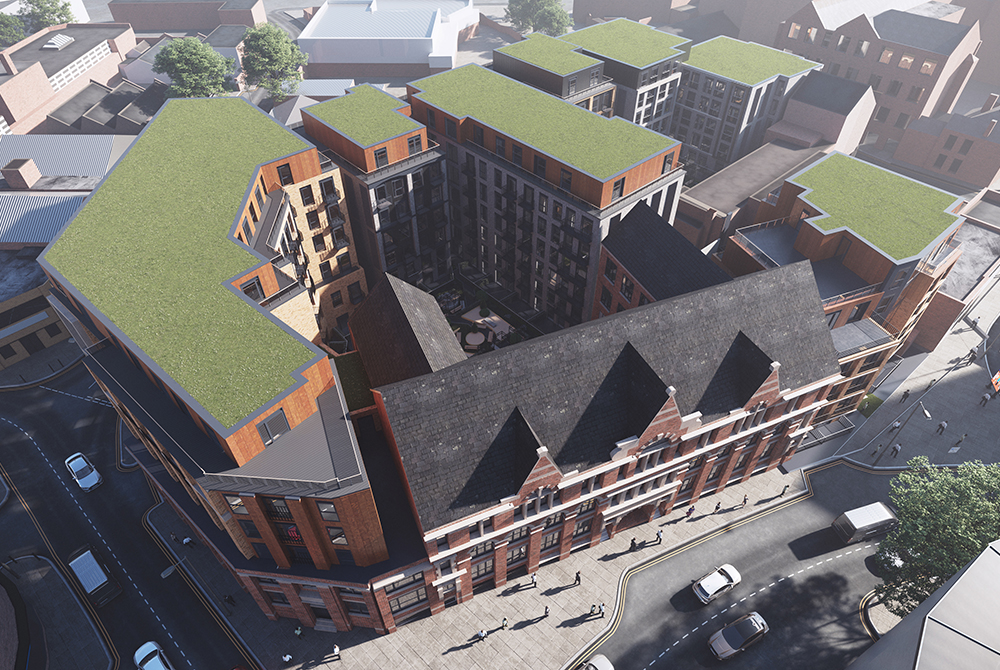